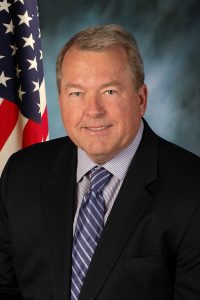 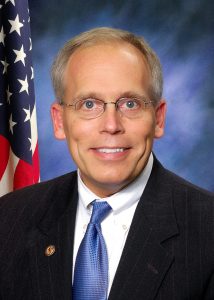 The following guest editorial, written by State Senators Donald DeWitte and Dave Syverson was published in the Chicago Sun Times on March 22:

Illinois families are dealing with 40-year high inflation. Everywhere people turn, costs are skyrocketing on necessities like groceries and utilities, and also on extras like entertainment and restaurants. While household budgets are stretched beyond their limits, Illinoisans are also paying exorbitant prices at the gas pump, adding to existing financial pressures.

Over the last several months, the price of gas has surged to where it is now approaching $5.00 per gallon. Last April, motorists paid an average of just over $3.00 per gallon. Today it averages $4.53 per gallon. That’s almost a 50% increase in under a year. This spike doesn’t just devastate families, it also impacts businesses that are absorbing significant new delivery costs associated with moving products to market.

Admittedly, much of the gas price increase is due to factors outside of state government’s control. But there are steps the Legislature can take that would reduce gas prices within a matter of days. The Illinois sales tax on gas is 6.25%, which means when gas prices go up, so does the amount of sales tax collected. Currently, drivers are paying about 25 cents in state sales tax per gallon. Legislation filed by Republicans would reduce and cap that tax at 18 cents per gallon, reducing it to pre-gas crisis rates. Most importantly, and unlike the Governor’s budget proposal, our legislation would not affect the amount of taxes collected to fund critical road and bridge improvements throughout Illinois.

Capping the state sales tax on gas would put more money in consumers’ pockets when they need it most, and it is the type of legislation that should have broad bipartisan support. Unfortunately, we have yet to see any movement on our bill.

When the Governor presented his proposed budget in February, there’s no way he or anyone else could have predicted the conflict between Russia and the Ukraine, and its effect on the world’s oil markets. It’s likely the projected FY 23 gas tax revenues were calculated closer to 18 cents per gallon, which aligns with what motorists were likely paying last fall. Even though we have the ability to provide much-needed tax relief, it appears the majority party would rather capitalize on this cash windfall and gouge consumers at the pump.

Our proposal would provide between $400 million and $900 million in savings, depending on the ultimate price of gas. These are hundreds of millions of dollars Republicans believe should remain with taxpayers rather than going into the state’s coffers.

Governor Pritzker and the majority party have been asked to fast-track this legislation. Just like they have done time and time again on issues that align with THEIR priorities, the Illinois statutes provide for quick approval of important legislation. Even with these revenues removed, the nonpartisan Commission on Government Forecasting & Accountability (COGFA) has projected state revenues are already $4.6 billion higher than originally projected this fiscal year. The state simply doesn’t need this extra gas sales tax revenue. Keeping it would be an act of unconscionable greed by JB Pritzker and the Democrat-controlled Legislature.

We’re reminded of the fable of the Scorpion and the Frog, in which a scorpion asks a frog to carry it across a river. The frog agrees on the condition that the scorpion not sting him during the trip, dooming them both to drown. While being ferried across the river, the scorpion predictably stings the frog. As they both prepare to meet their demise, when asked why he stung the frog, the scorpion calmly replies, “I couldn’t help it. It’s in my nature.’

Republicans have put forth a common-sense approach that lowers the price of gas in a way that does not negatively affect the state budget. It makes border-adjacent Illinois fuel retailers more competitive while maintaining important road funding. As one of only seven states that collects a sales tax on top of other motor fuel taxes, Illinois legislators have an opportunity to provide real, substantial tax relief to all who purchase gas in our state. Will JB Pritzker and the Democrats join Republicans to take easy steps to provide tax relief? Or will Illinoisans, like the frog, yet again feel the sting of state government, because Democrats simply can’t help themselves, it being in their nature to tax residents at every opportunity?